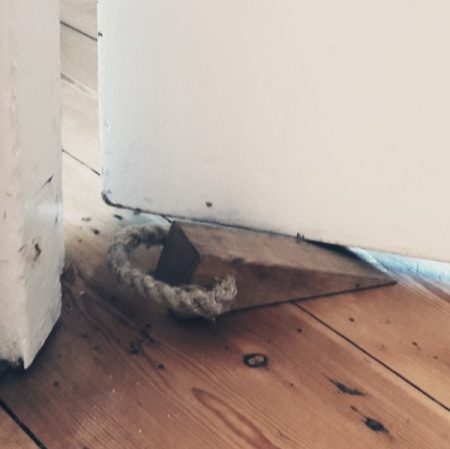 Should we value resistance to change, rather than treat it as an impediment?

Part of successful management of change is often seen as overcoming resistance. This helps to move more quickly to implementation and delivery: the lower the levels of resistance to change, the more successful the management has been.

This can be problematic, however, because overcoming resistance can become an end in itself. If we’re not careful, we focus on measures to reduce resistance at the expense of understanding its causes. In the very worse cases, we end up taking the view that the less of it there is, the better all round.

Of course, lower levels of resistance would make life easier for all of us, but is it always helpful? What happens if we start thinking about the usefulness of opposition to our ideas? Can we move towards resistance and use it creatively in our work?

While he was Minister to France in February 1787, Thomas Jefferson wrote in a letter to Abigail Smith Adams that “The spirit of resistance to government is so valuable on certain occasions that I wish it to be always kept alive.” I like this quote because it shows an understanding that opposition is useful in testing the principles of government at a time when the US constitution was newly formed.

So rather than find ways of ‘overcoming’ or ‘managing’ resistance, can we make use of it in change?

The first thing to do is to accept that there is resistance; it is sometimes tempting to play down or avoid the fact of resistance so we can move on to delivery. But ignoring even low levels of opposition to new ideas could mean that we miss the opportunity for dialogue with those who aren’t fully on board, and concerns could escalate quickly if not understood.

It is also useful to inspect in detail the resistance we encounter; what reasons are there for it? Where is it coming from? If we take concerns seriously we will identify whether or not these objections are valid and have a serious intent behind them. And those raising them will feel heard which is essential, particularly if we are not able to resolve the issues raised.

A test of validity

Consider embracing the resistance we’re encountering; are we able to use it to improve the proposal we’re wishing to implement? Can we look on the resistance as feedback, and understand it is as part of the dynamic evolution of ideas? Thinking about the phrase ‘testing your mettle’, is it possible for us to welcome resistance as a test of the validity of our ideas?

Lastly (and this is where it all gets a bit ‘meta’), is it helpful to consider the opposite of welcoming resistance? For this, I turn to another 18th century thinker, Thomas Paine, who wrote in The Rights of Man that “The strength and power of despotism consists wholly in the fear of resistance”. Why might there be fear of resistance? When feeling reluctant to address resistance, can we consider: what is it about our ideas that makes us fear putting them to the test of opposition?

How do you use resistance?

In fact, when thinking about this area of work, is it helpful to be wary of changes where there is no opposition? If there is no resistance at all, are the changes useful? Or effective? Or even needed?

How do you use resistance to make you stronger? Get in touch to let us know