Relationship capital is taken to be the sum of all the relationships that make up a company, institution or operation. 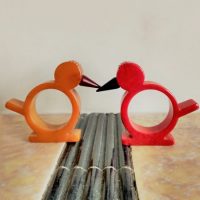 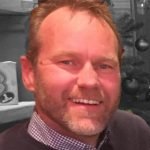 Take the financial allegory a bit further, and  apply it to the credit or debt that exists in relationships.   Specifically, how two people relate to each other in the context of work.

I’ve been looking at the impact that Covid-19 had on teams that were previously sharing  office space.  It seems a lot of people are currently ‘in the red’ when it comes to their working relationships. I’m not saying that arguments and fights are breaking out all over the place.  But the type of problem and challenge that I’m hearing about often share a starting point. That of not having the opportunity to navigate difficult situations face to face.

Looking someone in the eye

There’s something about looking someone in the eye that allows a dialogue to start before a word has been spoken. The informal conversations in the kitchen space, the lift or entrance lobby, help us to get a read on what’s going on in the general background of someone’s life. Or it may actually be right in the foreground (think major life events and celebrations). This, and the chit-chat over current affairs, pastimes, or sports people contributes credit into the equation of relationship capital. Pre-Covid, working together on a project gave lots of these opportunities within both the formal and informal settings.  There was time to chat after meetings or when working together on agreed priorities. 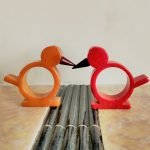 How to build consensus

In the current setting, time to have those sorts of conversations seems to be more limited, despite continuing to work on projects. For all its benefits, video conferencing just doesn’t cut it when it comes to building up relationship capital. At best it’s a performance by two people trying to have a 121 conversation in front of all their colleagues.  At worst, it’s a poorly navigated and awkward exchange between colleagues who may have never met in person before.

With Covid, once we had navigated the initial shockwave and worked out how to move forward, people began moving jobs. Teams gained new members or lost existing ones. And all in a virtual world where proper ‘hellos’ and ‘goodbyes’ weren’t possible. Relationships were being built in the world of Zoom and Teams, but without the opportunity to really invest time and energy in establishing a good basis for working together.

Which relationships are in credit?

So, when you look at your current set of working relationships, which ones are still in credit? That is, you can ask, or be asked, for pretty much anything you would have been asked for before Covid appeared on the scene. Without much thought or contention you’ll answer with a solid ‘yes’, and you have confidence that any issues will be resolved quickly and relatively easily.

And which ones are in debt? Where there’s a lack of confidence in what you can ask for, or even discuss. If you’re asked for something there’s a reluctance, albeit small, to be quite so forthcoming with your time and talent. The basis on which the relationship has been built so far has been relatively shaky, and the no-go areas, or those of openness and agreement, still reside in unnavigated territory.

When it comes to establishing new relationships and building trust, it’s often helpful to do something new together to help build a common understanding and equal platform. Maybe 2021 is a year to explore how an agile approach to your change won’t just help you to achieve that longed-for project outcome, but also create a platform for good, strong relationship capital with new and existing colleagues. 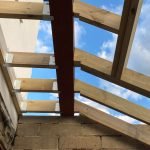 MORE FROM THIS AUTHOR

Agile is about taking small steps to make a tangible difference in a short amount of time, so here are some suggestions (some of which you may already be doing) of how you could invest in your working relationships:

Build time into the start of your online meeting agendas for ‘catch-up’, using breakout rooms if it’s a large group or in the same virtual space if it’s only a few people.

Even in Lockdown you’re allowed to meet limited numbers of people in the open space. ‘Walk with me’ is one of my favourite sayings from The West Wing, and it’s something you can do with colleagues if you’re close geographically. If not, go for a virtual walk with a colleague, having your phone call or Zoom chat on the go.

To get to know someone new in your team, schedule a call or video meeting that’s simply to find out more about their experience before they joined your organisation.

Use the simple art of the ‘thank you’ and drop an email or message to someone in the team to recognise something they’ve done recently. Not being in the office makes it harder to say the incidental words of gratitude.

If you want to explore agile ways of working, book your free consultation with us for a chat.