Are you ready to deliver?

When you hear hoofbeats, look for horses not zebras 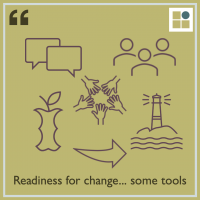 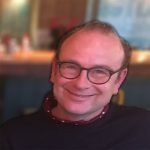 How many times have you been in a meeting like this?

Someone senior fires up a slide pack featuring a load of pie charts, figures and diagrams. Gesturing vaguely to the screen, the senior person tells you: ‘We need a 45% increase in this, a 25% reduction in that and we’re restructuring the team. Oh, and we start next week.’

I’m guessing you’ve probably had this experience or something similar, at least once. This phenomenon is often called the HiPPO – Highest Paid Person’s Opinion – effect. One of the main problems with the HiPPO effect lies in the word ‘Opinion’. The strategic objectives might well be valid, properly worked out and relevant. But the ‘we start next week’ bit is, well, wishful thinking.

Everybody starts running around trying to implement the strategy. But because wishful thinking doesn’t take account of realities on the ground, problems immediately begin to crop up. And they are often to do with a lack of readiness – not everything you need to get started is in place. Making sure of your readiness for change is really important for effective delivery.

But will the Highest Paid Person allow time to achieve readiness? Probably not. Quite likely they are going to see preparation as heel-dragging or even obstinacy. So what do you do about that? There is a very simple, but revealing question you can ask in pretty much every scenario. But first a little context setting.

Like what you’re reading? Get our newsletter for more insights

Doctors sometimes remind medical students of an old saying “When you hear hoofbeats, look for horses not zebras.” In other words, many illnesses share similar symptoms, so don’t go straight to the exotic diagnosis. The probability is that the condition is a common malady instead of a rare one. Don’t jump to the most interesting and exciting solution and start to work off that. You may well cause more harm than good, by treating the patient for something they haven’t actually got.

In a business context, this comes across as “This new technology will solve our problems”, “This new process will do the trick” or any one of a range of pre-packaged solutions. But these solutions could have been designed for something completely different – a zebra not a horse.

So one of the key questions to ask when getting ready for strategy delivery or other change is ‘What problem (or problems) are we trying to solve?’ A vague answer or one where the solution isn’t linked clearly and directly to the problem rings alarm bells. They show that readiness for change is low. This means you shouldn’t start straight away on implementing the solution. It’s much more helpful to spend a bit more time looking at the root cause of problems. This is a key step in readiness because understanding the problem makes it much easier to choose the right solution.

Problem analysis doesn’t need to take very long – there are a range of simple methods you can apply (and we can help with). But even if it does take a while, it’s never wasted time. Barging ahead with an ill-considered solution always costs a lot more money, time and stress than really understanding the problem.

LEARN HOW IT WORKS

The get ready for change workshops

Here are some other things to look out for when thinking about readiness.

Creating or updating a strategy is often a pretty dynamic event. People are fired up and are keen to get started. We’ve written elsewhere about how this energy is often frittered away. But it can be just as damaging to forge ahead with no preparation. We don’t advocate spending months and months in preparation, but we’ve found that certain challenges nearly always crop up in change scenarios. These challenges are not present in all situations, but it’s helpful to check if they’re affecting you. Addressing them can be quick and easy, and it’s far better to tackle them upfront, rather than waiting for them to bite you later. Let’s go through some examples, and see if they resonate with you.

Is there a compelling case for change?

Your strategy could be needs-driven, i.e. made necessary by factors beyond your control such as regulatory changes or economic necessity. Or perhaps it’s more about a desire for change, entering a new market, or creating a new product or service. It could be a combination of these or something else entirely. The point is, everyone responsible for delivering the strategy should be able to explain its purpose in a few sentences. Mistakes in strategy delivery happen when people don’t understand, or have differing understandings of, the case for change.

Well, not quite everybody. Really this about the people who need to be on board for the strategy to succeed, which usually means your senior team. And it doesn’t have to be everybody on the senior team. What you’re looking for is an overall consensus of agreement. We use a tool called the ‘Gradients of Agreement Scale’ which helps you assess the level of overall agreement. To simplify a little, if the scale indicates a balance in favour of Proponents over Opponents then you have a greater chance of success. If the result is not so favourable then we have a range of techniques to help you. 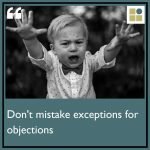 How will you communicate?

We often find strategic initiatives struggle because of poor communication between the change makers and the people who are affected by the change. A traditional top-down approach, doesn’t really cut it in modern networked organisation. Neither, it has to be said, does endless debate on fundamentals. When thinking about communications, there are a range of factors to consider, too many to do justice to in a short article. As a general rule, make sure you choose channels and types of communication which align with your organisation’s culture. If your organisation favours formality, then written updates in committee might be appropriate, In less formal settings regular but short updates on social media or ‘water cooler’ sessions might work better.

There is quite a bit to consider under the heading of ‘readiness’. But not all of the challenges have to be thoroughly resolved before getting started. Addressing them early is never a waste of time, as things will go much more smoothly in the long run. And you only need to do enough on any of them to get to the next stage of delivery.

It’s all about the difference between ‘good enough’ and ‘enough is good’. Enough is good if you’ve achieved enough readiness to take you to the next stage. This is different from ‘good enough’ which nearly always means the bare minimum has been achieved and implies settling for second best. ‘Enough is good’ means you know exactly how much, or how little, you need to do to make progress.

If you’re interested in learning more about getting ready to deliver, check out our ‘Readiness for Change’ workshop series. It’ll equip with all the skills you need to ensure you’re ready to deliver on your strategy.