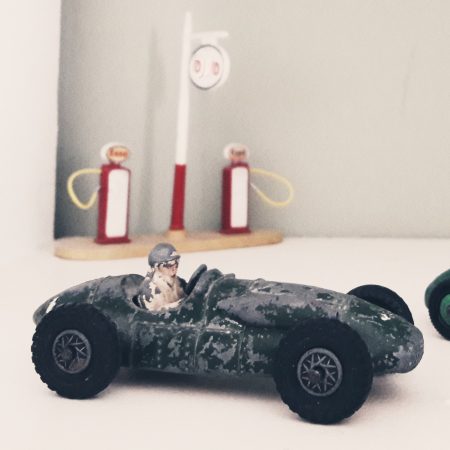 I recently watched “Le Mans ’66”. The film is about the Ford motor company’s campaign to wrestle the title of “Le Mans’ Champion” from Ferrari.

After Ford’s unsuccessful takeover bid for Ferrari in 1963. Carroll Shelby, a retired Le Mans’ driver, was brought in by Ford to lead the development of the car.   He recruited Ken Miles, a British mechanic/driver, to be the main driver for the team.

There’s a point in the film when Shelby is describing that when the engine is at 7000 rpm, everything else fades away and your focus is purely on guiding the car along the track, almost effortlessly. At that point the car is going somewhere around 215mph, but that’s not important. It’s that you and the vehicle are seemingly at one with each other. Later in the film, Ken Miles is on the circuit, reaches that sweet spot and experiences the ease and emotion of the moment.

But it had been a battle to get there.  Design by committee; favouritism and politics; intense scrutiny by ‘the suits’; resistance to change and, at times, a lack of belief in what was possible. Three things got them to the point of being Le Mans’ champions in 1966.

The first was a clear vision of where they were heading, of what the ultimate goal was. The second, a clear idea of the skills, experience and resources necessary to get there. And the third was an iterative approach to designing the ultimate endurance racing car.

Just having the vision without the skills, experience and resources would have seen them standing on the trackside dreaming of what could be without any means of realising it. Having the resources without a clear idea of where they wanted to get to would have meant a lot of time, effort and money being spent literally going around in circles. The iterative approach is what helped them to move from a starting point of having a vision, to the realisation of that vision as they applied the skills, experience and resources in finding the solution to their problem: how can we go faster than Ferrari?

They didn’t arrive at the perfect design on day one. It didn’t just fall out of the sky ready to drive. Over weeks and months Shelby and Miles worked on the design of the car and engine, ironing out ever smaller issues until they had the near-perfect car. It was entered into the race but with a different driver, one who’d not been involved in the design and refinement of the vehicle, and who didn’t know the car. Right vehicle, wrong driver. As a result, Ford didn’t win the 1964 race and it took a further two years of work on the car and navigating the politics of the Ford motor company for Shelby and Miles to deliver a winning performance.

You may have a clear idea of where you’re heading, of what your vision is. You may have the necessary resources to get there, or at least to start the journey. Lao Tzu is often quoted – “The journey of a thousand miles begins with one step.” The follow-up to that could be, “…and continues with another and another and another.” An agile, iterative approach to achieving your vision isn’t just a good idea, it’s been tried and tested by the fastest team from Le Mans’ ’66, ’67, ’68 and ’69.

What’s your next step to achieving your vision? Can we help you to take it? Or maybe help you work out what it is, if you’re not sure?

Get in touch with us at Fairisle…